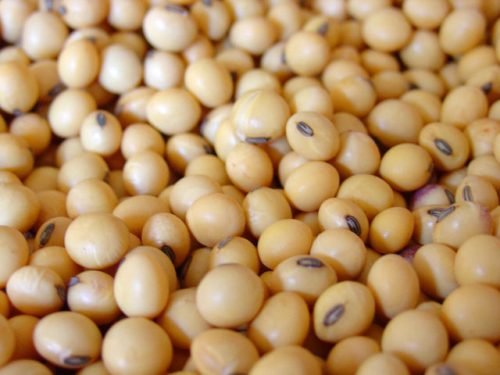 When it comes to food, everything we consume can either be of benefit or detriment to our health.

There are foods, especially fruits, which help boost our immune system to enable the body fights off any possible illness. There are also others that serve as a natural medicine to the body.

But unknown to most people, there are some foods that can be said to be poisonous when it comes to matters of health; especially in our sex life. And this is because they tend to kill our sex drive over time, secretly.

However, in other to help you make sure your romantic evening isn’t cut short, we decided to put together five hormone-altering, sense-changing foods and drinks.

You will be doing yourself some good these foods off your date-night menu. Here are 5 unbelievable foods that secretly kill your sex drive

According to the Pesticide Data Program of the United States Department of Agriculture, the average person is exposed to an average of thirteen different pesticides daily.

And nine of the ten most commonly used pesticides are “endocrine disruptors,” meaning they play with our male/female hormones. You may want to ask what has shrimp got to do with pesticide, right?

Well, it is important to note that one of the most estrogenic is 4-hexylresorcinol, and it is applied to shrimp to prevent them from discoloration. Other seafood with high pesticide loads: tilapia, eel, and farmed salmon.

Inasmuch as the importance of soy cannot be overemphasized when it comes to reliving cyclical breast pain, it is a well-known fact to Soy-based protein powders are associated with increased estrogen levels.

Medical practitioners do advise men and women seeking a healthy sex life to avoid soy in favor of other types of protein powder; because a continuous consumption of it can result in a significant drop in libido.

There’s no arguing the fact that dinner and a movie can be a precursor to sex; but hey, try as much as you can to refrain from pairing your movies with microwaved popcorn because your main feature could be a flop.

The reason for this is that chemicals like perfluorooctanoic acid are found in the bag’s lining can kill your sex drive.

And apart from killing sex drive, new studies have shown that perfluorooctanoic are part of a class of compounds that may be linked to infertility in humans, liver cancer, testicular cancer and pancreatic cancer.

Studies have shown that canned soups and meals are notoriously high in dietary sodium. As a matter of fact, a can of Spaghetti-O’s has 1780 mg—-as much as 10 bags of Doritos.

And the health implication of consuming dietary sodium is that it does not only lead to elevated blood pressure, it also diminished blood flow to certain parts of the body, which includes the genitals.

On the other hand, the damage can be reversed with non-alkalized cocoa because it is rich in flavanols: Flavanols are sexy compounds that promote the production of nitric oxide in the body, causing blood vessels to open wider.

As surprising as this may seem to most people, but not surprising to health-conscious people, there are many reasons to avoid conventionally bottled water.

And among the many reasons to avoid conventional bottled water, virility and fertility can be said to be topmost because of the BPAs found in plastic bottles.

Commonly referred to as BPA, Bisphenol A is a chemical component found in many plastic food containers that harm the body in many ways: Notable among them is erectile dysfunction in men.

And according to a Harvard School of Public Health study, it was found that women who had the higher BPA levels in their bodies produced twenty-seven percent less viable eggs.

Although the consumption of alcohol can contribute to make the intimate moment more pleasant, it is important not to abuse it. Exaggerated consumption is responsible for the decrease in testosterone, directly linked to libido.