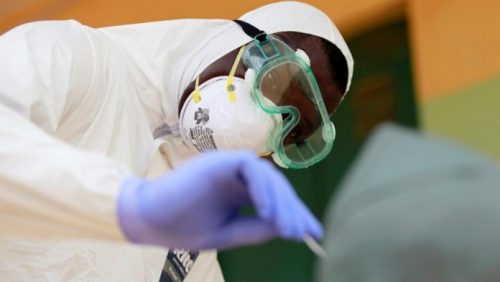 A major study has revealed the most common symptoms of Omicron.
The report said sniffles, headaches, and tiredness appear to be the hallmarks of Omicron, according to Dailymail.

An analysis of cases in London, where Omicron is growing most rapidly, reported the most common signs of the virus between December 3 and 10 were a runny nose, headache, fatigue, sneezing, and a sore throat.

Epidemiologist Professor Tim Spector, lead scientist of the ZOE Symptom Tracking Study, has urged Britons to keep an eye out for these tell-tale signs of Omicron in the run up to Christmas, and before meeting friends and relatives.

‘Hopefully people now recognise the cold-like symptoms which appear to be the predominant feature of Omicron,’ he said.

‘Omicron symptoms are predominantly cold symptoms, runny nose, headache, sore throat and sneezing, so people should stay at home as it might well be Covid.

‘Ahead of Christmas, if people want to get together and keep vulnerable family members safe, I’d recommend limiting social contact in the run up to Christmas and doing a few Lateral Flow Tests just before the big family gathering.’

The warning comes alongside numerous reports that Omicron causes milder illness than past variants but scientists are still trying to untangle whether it’s intrinsically weaker or if the population has higher levels of immunity, or even both.