5 Mind-blowing Facts About Yoga Everyone Should Know 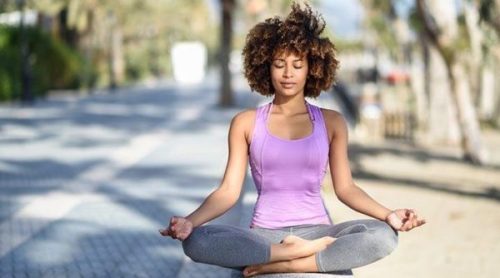 By this time around, we are all well-versed about yoga and what it can do to your mind, body and soul. We all know that it began in India, it consists of physical asanas and breathing techniques. At some point in time, we have even attempted yoga.

Then, there are some facts that not many people know about. So the next time you’re at a social gathering with your yogi friends, you can just share these interesting facts with them as your learning of the day!

2. Yoga Can Cause Injuries
Yes, it can heal your mind, body and soul. It can also alleviate a lot of health issues but it can hurt you as well. Yoga is like a double-edged sword, if not practiced correctly, you could injure yourself. But don’t get too tangled! If you find a good enough teacher (like Ronak Gajjar and Sheetal Tewari on GOQii Play :D) and exercise caution, you should be fine!

4. There is no Shortage of Variety
As a generation that is spoiled for choice, you’ll be glad to know that there is no shortage of asanas when it comes to yoga! With over 84 asanas, you’ll have plenty of variety to choose from.

5. It Can Spice Up Your Sex Life
This primarily works on two levels: mental and physical. Yoga helps you counteract stress, fatigue and poor self-image, all of which can suppress your libido. It can also help you increase your flexibility, muscle control and strength, all of which help you physically. Your sex life will be blooming after a few asanas!

6. Yogis Believe We Have Limited Number of Breaths
This explains the reason why breathing is so controlled in yoga. Yogis often practiced it as a means to increase their lifespan. As they believed that each human has a limited amount of breaths allotted to them, controlling their breath would help them prolong their life.

7. Lord Shiva is Considered the First Yogi
Lord Shiva is considered the progenitor of yoga, the first yogi or the Adiyogi. He was the first one who sowed the seeds of yoga into the human mind. Lord Shiva had imparted the wisdom of yoga to seven individuals who came to be known as Saptarishis and were tasked with spreading it throughout the world.

8. Yoga Can Increase Your Lifespan
When people say “Yoga is Life”, they aren’t lying. It improves your heart health, helps you lose weight, makes your bones stronger, aids digestion and improves mental and emotional health, to name a few. With so much work going into your body, you are bound to live a long and fruitful life!

Now that you’re all geared up on knowledge, it is time to share it with the world!