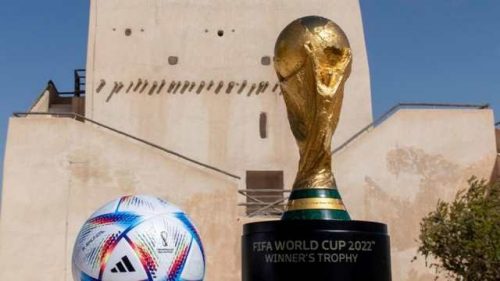 The world’s football governing body has set aside $1.696B for this year’s World Cup in Qatar. According to a Safebettingsites analysis, prize money will take the largest share of the tournament’s allocations. FIFA has set aside $440M or 26% of its WC budget towards that cause. The figure represents a 10% increase in the kitty from its 2018 figures.

“Playing in the World Cup is every footballer’s ultimate wish,” says Safebettingsites’ Edith Reads. She adds, “The legendary status that comes with playing in the event is enough to fire up the players to want to do well there. FIFA sweetens the deal with monetary incentives, especially for teams that progress beyond the group stages.”

So how will FIFA share the $440M prize money?

The prize money guarantees each of the 32 participants at least  $9M. That means 16 teams that exit the group stage will share $144M of the prize kitty.

Moreover, the 8 teams dropping out in the second round will take home $13M each, totaling $104M.

Four teams will exit at the quarterfinals level, taking $17M each. The fourth-placed team will earn $25M as the second runners-up pocket $27M. Finally, the tournament’s winning team will get $42M, and the runners-up $30M.Besides those bonuses, they also get $1.5m each for their preparation costs.

FIFA’s other allocations at WC 2022

Operational expenses will take the second largest chunk of FIFA’s budget in Qatar 2022. These will account for $324M or 19% of the $1.696B outlay. In addition, FIFA projects over 5B people will watch this year’s tournament. Therefore, it has set aside 15% of the funds for its television audience, which is $247M.

The other segment to take a significant amount of FIFA’s budget is Clubs Benefits Program (CBP). CBP recognized the contribution of football clubs in successfully staging the WC. As a result, football clubs can tap into $209M (12%) from the CBP vote head.