The young man reportedly pleaded guilty to the charge in November 2021 and as part of his plea agreement agreed to pay back at least $192,762.19 (N80million) as restitution. 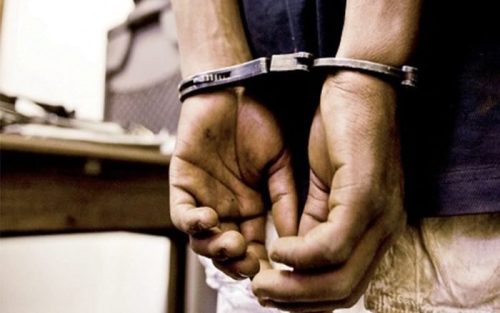 “A court in the United States has jailed a 24-year-old Nigerian, Augustine Amechi.

The court sentenced him to one year and a day in a federal prison in the United States over the role he played in a romance fraud scheme worth over N165million.

The young man reportedly pleaded guilty to the charge in November 2021 and as part of his plea agreement agreed to pay back at least $192,762.19 (N80million) as restitution.

Amechi was involved in the fraud scheme alongside others from at least 2018 to March 11 2021, in Huntington and elsewhere.

From the information provided on the US Justice website, Amechi lived in Huntington and attended Marshall University during his involvement in the fraud scheme.

According to Amechi, romance fraud victims were usually convinced to send money for false and fraudulent reasons to bank accounts controlled by him in Cabell County. He received money through bank wire transfers, Western Union, Moneygram, money orders and cashier’s checks.

Amechi admitted receiving approximately $108,601.92 (N45million) directly deposited into his bank accounts from victims, over $150,000 (N62million) in cash mailed in packages to his Huntington residence and over $140,000 (N58million) in deposits from Zelle, from at least 37 different fraud victims.”

He further said that after he received the money, he would keep some of it for himself and forward some of the stolen money to others. Amechi transferred more than $15,000 (N6million) to bank accounts in Nigeria.