It has been disclosed that a total of 1,456 candidates who scored 300 and above in the 2020 Unified Tertiary Matriculation Examination (UTME) failed to secure admission to Nigerian tertiary institutions for the 2020/2021 academic session.

This was disclosed by the registrar of JAMB, Is-haq Oloyede, during the 2021 admission policy meeting where guidelines for admission processes for the 2021/2022 academic calendar were approved. 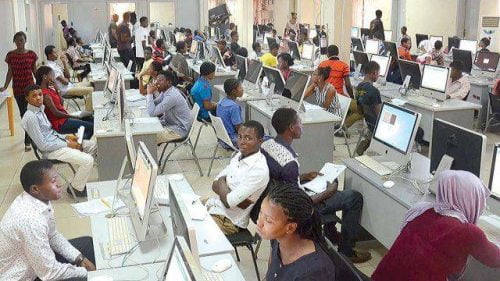 According to Oloyede,out of the 4,948 applicants who scored 300 and above, only 3,492 gained admissions into higher institutions, leaving out a total of 1,456 applicants stranded. Similarly, about 52, 323 candidates scored between 250 and 299 in the same examination, out of which 22,580 candidates were also not admitted.

The reasons according to the registrar include applicants’ rigidity, that is when a candidate who wants a particular programme refuses to settle for anything else; wrong O’level subject combination; low post-UTME screening score; UTME-combination deficiency, and non-acceptance of the offer.

Other reasons are duplication of application, absence from post-UTME screening, mismatch of catchment institutions, and also where candidates fail to upload their O’level with five credits in the required subjects.

He added that a total of 925,762 ‘quotas’ were allocated for admissions across the nation’s tertiary institutions during the year, but a total 405,256 spaces remained unused as of August 31.

The registrar said before the end of the 2020 admission process on October 29, 2021, the examination body hopes the figure of admitted candidates could increase to about 600,000.